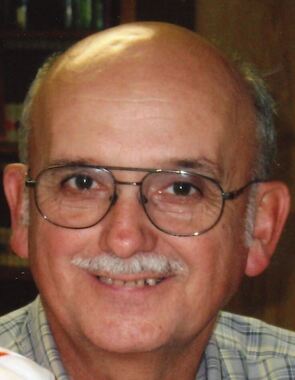 Back to Willard's story

Willard D. Miller, 76, Middlebury, died at 12:20 a.m. Wednesday, Jan. 8, 2020, at Greencroft Health Care Center, Goshen, after a brief illness.
He was born Oct. 28, 1943, in Goshen, to Milo J. K. and Alma (Miller) Miller.
On June 1, 1967, in Shipshewana, he married Winona Troyer. She survives.
Survivors, in addition to his wife, are five sons, Doyle (Toni) Miller and Brian (Lisa) Miller, both of Goshen, Carl (Sandy) Miller, New Paris, and Steve (Anita) Miller and Duane (Jodi) Miller, both of Goshen; 17 grandchildren; two sisters, Arlene (Alton) Bontrager, Middlebury, and Marilyn (Calvin) Miller, LaGrange; two brothers, Gerald Miller, Sarasota, Florida, and Stanley (Karen) Miller, Goshen; two half-sisters, Anna Marie (Richard) Miller, Goshen, and Edna (Monroe) Bontrager, Middlebury; and half-brother, Vernon (Betty) Miller, Goshen.
He was preceded in death by his parents; two stepmothers, Barbara Beechy and Polly Whetstone; two half-brothers, Freeman and Richard Miller; and granddaughter, Paige Marissa Miller.
Willard was a member of Maple City Chapel. He was involved with the development of the Maple City Industrial Park in Goshen and retired from the maintenance department at Forest River. He loved collecting antiques, wintering in Florida, fishing and spending time with his grandchildren.
Visitation will be from 3 to 7 p.m. Saturday, Jan. 11, and from 1 to 6 p.m. Sunday, Jan. 12, at Miller-Stewart Funeral Home, 1003 S. Main St., Middlebury. There will also be one hour of visitation prior to the 10 a.m. funeral service Monday, Jan. 13, at Maple City Chapel, Goshen. Services will be conducted by Pastors Mel Shetler and Phil Yoder.
Burial will be in Clinton Union Cemetery, Goshen.
In lieu of flowers memorials may be given to Mountain Top Ministries- Haiti.
Online condolences may be offered at millerstewartfuneralhome.com.
Published on January 8, 2020
To send flowers to the family of Willard D. Miller, please visit Tribute Store.

Send flowers
in memory of Willard

A place to share condolences and memories.
The guestbook expires on April 07, 2020.

C.T. and Ideana Yoder
Winona & family
We were so sorry to read about the passing of Willard. He was a very kind, respected friend who will be missed by so many.
Our thoughts & prayers are with you and all your loved ones.
Bill and Millie Devos
Willard sure was a super guy, we loved him very much and so sorry to see he is gone... He introduced us and we have been forever great full for that we think of him often and sure hope his family knows we care so much and so sorry for all your loss... Our Prayers are with you
Dana and Donna Sommers
Sending our sympathy to you from Virginia.
We have your family in our prayers. May your time together with family and friends create memories to treasure.
Larry and Loleta Yoder
We are in Florida but have received this sad news! The passing of a good man, father and grandfather. We send our Love to each one in this family. And praying God’s comfort in the days ahead. 🙏🏻❤️😢
Ernest And Katie Mullet
Our prayers are with you. We miss you in Sarasota
View all