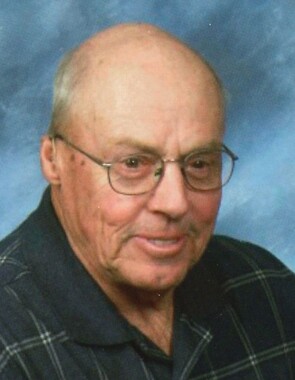 Back to Wilbur's story

Wilbur E. Schlabach, 82, went home to be with the Lord, with his wife by his side, at 6:45 p.m. Friday, Jan. 17, at his residence in Goshen.
He was born Dec. 24, 1937, in LaGrange County to Emanuel and Nora (Miller) Schlabach. On Dec. 31, 1960, in Middlebury, he married Fannie Bontrager. She survives.
Survivors in addition to his wife are three sons, Steve (Becky) Schlabach of Goshen, Brian (Betty) Schlabach of Middlebury, Mark (Gretchen) Schlabach of Sharps Chapel, Tennessee; six grandchildren; two great-grandsons; four sisters, Mabel Miller of Goshen, Wilma Yoder of Middlebury, Viola Bontrager of Shipshewana, Alice (Elmer) Yoder of Millersburg; and brother, Omer (Ann) Schlabach of Middlebury.
He was preceded in death by his parents; two sisters, Edith Kauffman and Esther Miller; and three brothers, Roman, John and Orva Schlabach.
Wilbur was a member of First Mennonite Church in Middlebury and had retired from Fidler Ready Mix after 32 years of driving truck. In his retirement he worked at Caribbean Auto Spa in Middlebury. He was an avid Chicago Cubs fan who enjoyed camping, fishing, hunting and especially spending time with his grandchildren. He had also coached softball and baseball and in retirement he went on seven mission trips, six volunteering with the Soop Program and one with Mennonite Disaster Service. Visitation will be from 5-8 p.m. Monday, Jan. 20, and 1-7 p.m. Tuesday, Jan. 21, all at Miller-Stewart Funeral Home, Middlebury. There will also be one hour of visitation prior to the 10 a.m. funeral service Wednesday, Jan. 22, at First Mennonite Church, Middlebury. Services will be conducted by Pastors Phil Yoder Marvin Beachy. Burial will be in Grace Lawn Cemetery, Middlebury. Memorials may be given to the church.
Online condolences may be offered at millerstewartfuneralhome.com.
Published on January 18, 2020
To plant a tree in memory of Wilbur E. Schlabach, please visit Tribute Store.

Plant a tree in memory
of Wilbur