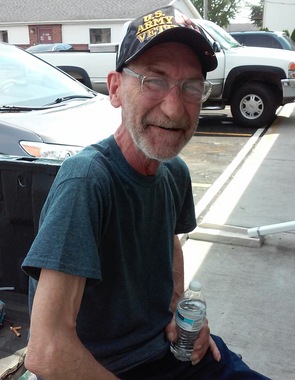 Back to Stephen's story

Stephen Slabaugh, 68, Nappanee, passed away at 4:03 p.m. Tuesday, Jan. 14, 2020, at Lutheran Hospital, Fort Wayne.
He was born April 16, 1951, in Elkhart, to Lowell R. and June (Haines) Slabaugh.
Stephen graduated from NorthWood High School in 1969. He was a lifetime area resident. Stephen had worked as a custodian for Wa-Nee Schools for many years. He was in the Army Reserves, and a member of the American Legion.
He is survived by his mother, June Slabaugh, Nappanee; brothers, Russell Dean (Peggy) Slabaugh, Lake Zurich, Illinois, and Michael (Shirley) Slabaugh, Hindman, Kentucky; former wife, Amber Weaver; stepchildren, Jason, Charity and Travis; and many loving aunts, uncles, nieces and nephews.
He was preceded in death by his father, Lowell R. Slabaugh; and a brother, James Slabaugh.
After cremation, a memorial service will take place at a later date.
Published on January 17, 2020
To plant a tree in memory of Stephen Slabaugh, please visit Tribute Store.

Plant a tree in memory
of Stephen

Just wanted Chairty and Jason and Travis and family to know that Steve held a.special place in my heart due to how nice and sincere he was w my husband n I n our kids. When Jim passed away ...he always let me know if ever I needed anything...he would be there..he was a awesome guy and wl never be forgotten..