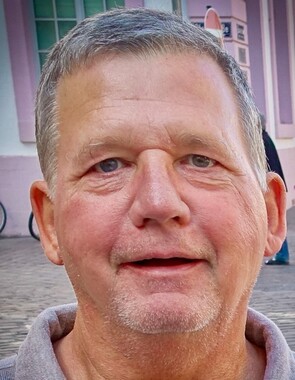 Back to Randall's story

Randall J. Inbody, 65, died Dec. 12, 2019, while vacationing at his timeshare on Cable Beach, Nassau, Bahamas.
He was born Dec. 31, 1953, in Goshen.
Survivors include his life partner, Susan Platt; former wife, Mary Inbody, Ocklawaha, Florida; three sons, Adam (Jenni) Inbody, Oklawaha, Jared (Alicia) Inbody, Boise, Idaho, and Kyle (Erin) Platt, Fishers; seven grandchildren; two sisters, Karen Miller, Scottsdale, Arizona, and Carla (Pat) Bailey, Middlebury; and two brothers, Doug (Dea) Culp and Cal (Sue) Culp, both of Bristol.
He was preceded in death by his parents, Dale and Doris (Burkey) Inbody, and two brothers, Tom Culp and Tom Inbody.
Randy was a 1973 graduate of Fairfield High School. After graduation, he moved to Florida, where he worked at Disney World as a steamboat captain and as a scuba diver at Genie Springs.
A veteran of the U.S. Army during Desert Storm, he later served as a counter intelligence agent. He was a member of the Cass County Shrine Club and Masonic Lodge. Randy was an avid shooter and enjoyed fishing.
Visitation will begin at 10 a.m. Monday, Jan. 13, prior to the 11 a.m. memorial service at Yoder-Culp Funeral Home, Goshen. The Rev. Chris Garner will officiate. Full military honors will follow the service.
Memorial gifts may be directed to Shriners Hospital for Children.
Online condolences may be shared at yoderculpfuneralhome.com.
Published on January 7, 2020
To plant a tree in memory of Randall J. Inbody, please visit Tribute Store.

Plant a tree in memory
of Randall

A place to share condolences and memories.
The guestbook expires on April 06, 2020.

Thoughts and prayers from our family to yours. I will miss seeing him at the Turkey shoots.

Tender Tribute was purchased for the family of Randall J. Inbody.  Send flowers

Karen miller
Rest in peace my brother
View all