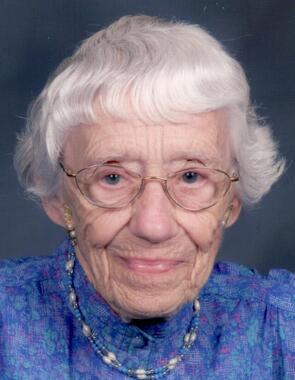 Back to Opal's story

Opal M. Nichols, 103, died Saturday, Jan. 18, 2020, at home.
She was born April 21, 1916, in Clinton Township to William Otis and Lucretia (Hershberger) Hartsough.
On March 4, 1939, she married Stanley Baer. He died Aug. 19, 1939.
On April 7, 1944, she married J. Wendell Nichols. He died May 11, 1984.
On May 23, 1987, she married Melvin Nichols. He died July 22, 2000.
Survivors include four children, Marilyn (David) Targgart, Fort Wayne, Leslie McCulloch, Acampo, California, Stanley Baer, Goshen, and Corwin (Victoria) Nichols, Soquel, California; a stepdaughter, Diane (Al) Baldridge, Sugar Grove, Illinois; 10 grandchildren; 17 great-grandchildren; a great-great-grandchild; and four sisters, Ruth Stark and Thelma Kauffman, both of Goshen, Velma Cripe, Cassopolis, Michigan, and Mary (Alvin) Cripe, New Paris.
Along with her parents and her husbands, she was preceded in death by a son, Richard Nichols; a brother, William Hartsough; and a stepson, Lynn Nichols.
A homemaker, Mrs. Nichols, graduated as valedictorian from Millersburg High School. She had been a member of Sugar Grove Church since 1953.
Visitation will be from 3 to 6 p.m. Thursday, Jan. 23, at Yoder-Culp Funeral Home. Burial will be at 10 a.m. Friday, Jan. 24, in Rock Run Cemetery, followed by a 2 p.m. memorial service at Sugar Grove Church.
Memorial donations may be given to Sugar Grove Church or Center for Hospice Care.
Online condolences may be shared at www.yoderculpfuneralhome.com.
Published on January 21, 2020
To plant a tree in memory of Opal M. Nichols, please visit Tribute Store.

Plant a tree in memory
of Opal

A place to share condolences and memories.
The guestbook expires on April 20, 2020.