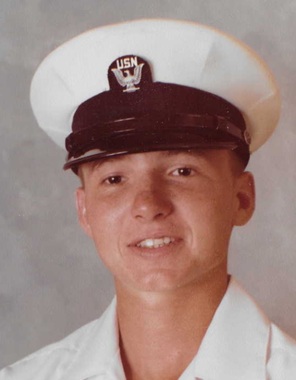 Back to Mitchell's story

Mitchell Thomas, 60, Goshen, died Thursday, Jan. 16, at his home. He was born Nov. 7, 1959, in LaGrange County, to Herman Lee and Patricia Jo Desmond.
Surviving are three daughters, Sabrina Lee (Joseph) Hughes, Goshen, Sireana Thomas, Mishawaka, Kimberly Bell, Goshen; a half-sister, Michelle (Jason) Blackman, Katy, Texas; and seven grandchildren.
He was preceded in death by his parents.
Mitchell was a 1979 graduate of Constantine High School. He served in the U.S. Navy from 1979-1983 and reenlisted from 1985-1987, working as a ship serviceman on the USS Constellation and as a haul technician on the USS Enterprise. Mitchell worked in security at Quality Drive, Goshen, and previously was an over-the-road truck driver for many trucking companies. He enjoyed spending time and joking around with his family and grandkids. Mitch enjoyed his motorcycles and riding freely. He had the biggest heart and was always putting others before himself and loved his family very much.
The family will have a gathering at a later date. Memorial donations may be sent to Alcoholics Anonymous.
Rieth-Rohrer-Ehret Funeral Home, Goshen, is handling arrangements and online condolences may be sent at www.rrefh.com
Published on January 18, 2020
To plant a tree in memory of Mitchell Thomas, please visit Tribute Store.

Plant a tree in memory
of Mitchell