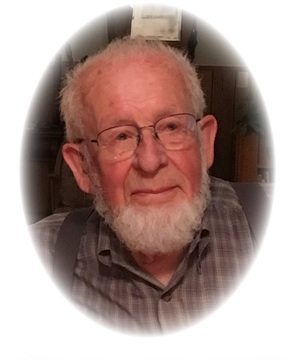 Back to Kenneth's story

Kenneth Myron Stull, son of Harry and Susan (Miller) Stull, was born June 7, 1932, in Goshen, Indiana. After living for 87 years, he passed away peacefully at the hospice care unit, Greenville, Ohio, with his family by his side.
He was married to Velma Faye Hufford on May 17, 1952. After 2½ years of 1-W service in Lafayette, Indiana, they moved to Goshen, where they resided until 1996. They then lived in the Greenville, Ohio, area until the time of his passing.
Dad lived a healthy life until a massive heart attack in July 2017, which slowed his activity down significantly. He remained moderately active until the night of Jan. 11, at which time he suffered a serious stroke and was unable to recover.
Dad and Mom accepted the Lord as their Savior and were baptized in 1951, becoming members of the Yellow Creek Congregation of the Old German Baptist Brethren Church. In 2009, they chose to affiliate with the Bethel Congregation of the New Conference.
Dad worked in the construction business and this became his primary lifelong occupation until his retirement. Dad enjoyed working with wood, traveling, hiking and camping with his family. He was very passionate about giving his time and energy in the service of others. He was often occupied in helping with disaster relief, work projects and community service. He will be lovingly remembered for his dry humor, quick wit and quiet strength. Because he chose to be actively involved with his grandchildren, Dad's Godly influence continues to have significant impact in their lives.
Kenneth is survived by his wife, Velma; his children, Michael and Judy, Gerald and Marilyn, Teresa and Marion Miller, Kristine and Mark (deceased) Peters, Kathryn and Ray Markley, and Brian and Sandra; 24 grandchildren; 56 great-grandchildren; brother, Paul and Olive; and sister-in-law Doris Clark.
The family would like to thank everyone for their prayers, visits, food, love and support. They would also like to thank the hospice care unit, Greenville, Ohio, for their special care of Dad during his time with them.
A viewing will be from 2-8 p.m. Saturday, Jan. 18, at Zechar Bailey Funeral Home, Greenville, Ohio. Funeral services will be at 10 a.m. Sunday at Shiloh Church, 8430 Delisle-Fourman Road, Arcanum, Ohio. Memorial contributions can be made to State of the Heart Care, Greenville, Ohio. Condolences for the family may be expressed at www.zecharbailey.com.
Published on January 17, 2020
To plant a tree in memory of Kenneth Myron Stull, please visit Tribute Store.

Plant a tree in memory
of Kenneth