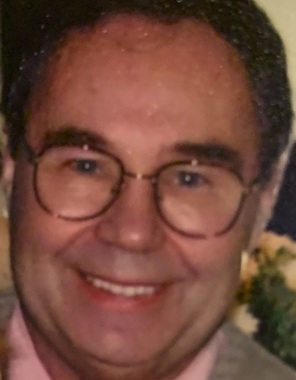 Back to Jack's story

Jack M. Gibson, 85, formerly of Goshen, passed away Tuesday, Feb. 11, 2020.
Jack was born Aug. 7, 1934, in Rockford, Illinois, the son of Harry and Harriet (Zuercher) Gibson.
On June 29, 1980, he married Ann Singer of South Bend, who survives.
Survivors also include Ann's daughters, Jennifer Singer (John Dolezal), Goshen, Rebecca Singer (John Fonash), South Bend, and Katherine Singer (Joel Williams), Elkhart. Also surviving are Ann's six grandchildren. Jack is survived by his brother, Richard (Elizabeth Shuttleworth), Charleston, South Carolina, and Judith (Jim) Horrigan, Chicago; nieces, Hillary Horrigan McNally, Victoria Horrigan, Adrienne Horrigan and Tina Gibson; and a nephew, Dana Gibson.
Jack was preceded in death by his parents and his brothers, Donald and Warren.
Jack graduated from West Rockford High School in 1953 and joined the Army. Jack served in the Army for three years, spending much of that time in Alaska. After the Army, Jack enrolled in the Kemper Military Academy in Booneville, Missouri, to have structure that would improve his study habits. He learned in the Army that his difficulty studying was a consequence of dyslexia, something he worked to overcome. After one year at Kemper Academy, he was able to transfer to The College William & Mary in 1957 on the G.I. Bill, managing to graduate in just two years and making dean's list.
After graduation, Jack moved to Chicago and became an institutional salesman, first for Harriman Ripley and then for Drexel Firestone. He later worked for what was then called Chesley and Company (now Chesley, Taft and Assoc.) in Chicago, as an investment banker. While at Chesley, Jack began thinking about finding a business and becoming an entrepreneur. He became attracted to Modern School Supply in Goshen. Modern School Supply later became Modern Educational Systems and later Triad Publications. Modern Educational School Systems was a company that made roll-down school maps and globes so many of us remember. He was always fascinated by geography and impressed with the extraordinary cartography that Modern School Supply possessed. He bought the company in 1973 for less than other bidders because he promised to keep on all their employees, a promise he honored for many years.
Jack was an avid sailor and loved racing Lightning sailboats in Chicago and later in Syracuse on Lake Wawasee. Jack was a volunteer for Big Brothers Big Sisters of America and his Little Brother helped as Jack's racing crew on the Lightning. In Jack's younger days, he loved downhill skiing and skied anywhere he could, including Europe. His work making maps took him and Ann around the world on many memorable trips. Flying over Angel Falls in Venezuela was one of his favorite memories. Jack and Ann also traveled to Europe, Southeast Asia and to South America three times.
Jacks family expresses their deepest gratitude to everyone at Northwoods Village for the friendship, love and care they shared with Jack.
A memorial service is planned for noon April 25 at Rieth-Rohrer-Ehret Funeral Home, 311 S. Main St., Goshen.
Online condolences may be shared at www.rrefh.com.
Published on February 14, 2020
To send flowers to the family of Jack M. Gibson, please visit Tribute Store.

Send flowers
in memory of Jack

A place to share condolences and memories.
The guestbook expires on May 14, 2020.

John and Connie Deuschle
We are so sorry to read about the loss of Jack. We have so many memories of times together especially walking around Chicago and hearing his stories about the Brown Stone buildings and his love of the city. We will keep our many special times shared close to our hearts.
Eric McDowell
Jack was a big force in shaping who am today, along my career path/life's journey. He will truly be missed. He is in the Lord's hands now.
Linda Warstler Ernsberger
Ann, we was so sorry to learn of Jack's passing. I was very fond of Jack, and thought often of him and you. We'll always remember that trip to San Diego. Thinking of you and your family at this time. Linda
View all