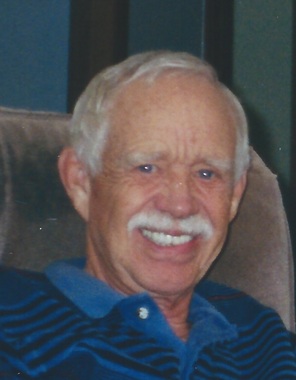 Back to Howard's story

Howard L. Good, 91, of Mesa, died at 11:25 a.m. Dec. 19, 2019, in his home in Mesa after an extended illness.
He was born in Elkhart, Indiana, Oct. 20, 1928, to Raymond and Alta (Rheinheimer) Good.
He is survived by two sons, Rodrick L. (Peggy) Good of Portland, Oregon, and Patrick A. (Jeannie) Good of Aguila, Arizona; three daughters, Randie L. (Dave) Bell of Alta Loma, California; Terri L. Good of Scottsdale, Arizona, and Glenadine S. Keesling of Mesa; one stepdaughter, Tobi (Chuck) Tawil of Sulphur Springs, Texas; five grandchildren; six great-grandchildren; and two sisters, Geraldine Marsh of Arrington, Virginia, and Evelyn McGibbon of Las Vegas, Nevada.
He was preceded in death by his parents, two brothers and two sisters.
Howard served in the U.S. Air Force from 1946 - 1950, serving in Arizona, Alaska, Illinois and New Jersey.
He enjoyed spending half the year in Indiana and half in Arizona. He was self-employed, selling cars or anything he could make money fixing up and selling. He enjoyed golfing and fishing and being with family and friends.
Friends and extended family are invited to join us for a "Remembrance of Life" from 2-6 p.m. Sunday, Jan. 19, at Tri Lakes Community Church, 50755 C.R. 23, Bristol, Indiana.
Miller-Stewart Funeral Home, Middlebury, Indiana, is in charge of arrangements.
Published on January 11, 2020
To plant a tree in memory of Howard Lavern Good, please visit Tribute Store.

Plant a tree in memory
of Howard

A place to share condolences and memories.
The guestbook expires on April 10, 2020.

Irma Vincent
I met Howard in Scottsdale AZ in 2010. And since then we were very good friends. He loved doing puzzles and me too. So we used to talk about all the puzzles and pieces shapes and colors, and pictures. We used to exchanged puzzles. I really miss you Howard. You were always very friendly and enjoyed all conversations we had . Blessings to the family.
Sincerely
Irma Vincent from Mesa AZ
Tim carmien
Howard was always nice to me,at the golf course.we all will miss him!
View all