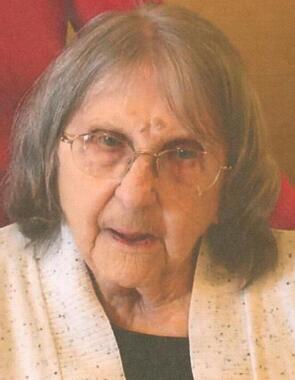 Back to Helen's story

Helen E. Pletcher, 89, died Tuesday, Dec. 10, 2019, at Goshen Hospital.
She was born July 24, 1930, in Goshen to Al B. and Vera G. (Stiver) Myers.
On Dec. 24, 1949, she married Bernard L. Pletcher.
He survives, along with a daughter, Nancy Lee Yoder, Goshen; two granddaughters, Heather Ann (James) Cameron and Gwen Eileen (Todd) Winne; three great-grandchildren, Sadie Marie Curtis-Cameron, Amelia Cameron and Clark Winne; and a great-great-grandson, Ethan Carter Curtis-Cameron.
Along with her parents, she was preceded in death by an infant brother, Robert Myers.
A lifetime resident of the area, she graduated from Goshen High School in 1949 and was a member of Cornerstone Christian Fellowship, formerly, First United Church of Christ.
Helen and Nancy spent a year in the Philippines while Bernard was serving in the U.S. Air Force.
A graveside service will be held at a later date in Rock Run Cemetery, Goshen.
Memorial donations may be given to Courtyard Healthcare.
Online condolences may be shared at www.yoderculpfuneralhome.com.
Published on December 11, 2019
To plant a tree in memory of Helen Eileen Pletcher, please visit Tribute Store.

Plant a tree in memory
of Helen

A place to share condolences and memories.
The guestbook expires on March 10, 2020.

Allan Henderson
Helen was such a nice person. I remember her being a good cook, house keeper with a friendly personality.
View all