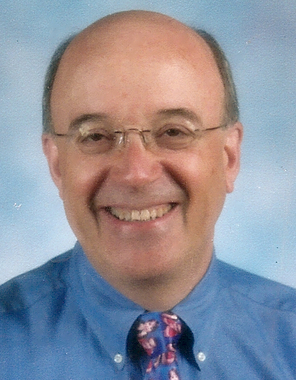 Back to Gerald "Tony"'s story

Gerald R. "Tony" Hurst died peacefully at the Greenhouse Village Strawberry Fields Home Thursday, Feb. 14, in Goshen, at the age of 75 after a courageous battle with cancer.
Tony was born Sept. 14, 1943, in Medina County, Ohio, to Moses W. and Mary S. Hurst. He graduated from Goshen College in 1965 with a Bachelor of Arts in education. He also received his master's degree in education with a specialty in geology from IUSB. After graduating from Goshen College, he married Charlotte Weldy and remained married to her until her death in 1985.
Tony started his teaching career at Middlebury Elementary in 1965. The following year, he and Charlotte began a two-year voluntary service term in San Juan, Puerto Rico, and St. Petersburg, Florida. Upon their return, Tony began his career of teaching middle school students in Middlebury Community Schools. He led the Heritage Middle School Science Department for 30-plus years. Tony was also an intramural basketball coach, rocket club sponsor, Science Olympiad coach and mentor for three generations of students in the community.
For Tony, the pinnacle of his 40-year teaching career was being involved in a collaborative team approach with other department leaders. He considered it the "dream team" and was proud of the impact it had for his students. Another way in which Tony made an educational impact was through his volunteering with the Elkhart County Center for Community Justice victims impact panel.
On July 11, 1987, he married Glenda Gautsche on the farm where she was born and raised, near Archbold, Ohio. They were happily devoted to each other for over 31 years until his passing.
Tony was an accomplished singer and played the banjo and guitar. He often shared his love of music with his students in the classroom. In his retirement, Tony continued to do what he loved by substitute teaching at Bethany Christian Schools and as an adjunct professor of elementary science methods at Goshen College. Tony also administered the rocks and minerals testing for the Goshen College Regional Science Olympiad for several years.
Another of Tony's passions was spending time in Jerusalem and participating in archaeological digs in the Qumran area of Israel. He developed life-long friendships with those he met as a result of his time spent there. Tony's love for G-D was the foundation and purpose for how he led his life and influenced those around him.
Tony is survived by his loving wife, Glenda; children, Michael (Tawnya), Waynesville, Ohio, Benjamin (Leah), Goshen; stepchildren, Mark (Jill), North Carolina, Chris, South Carolina, and Beth, Georgia; three grandchildren, Katie, Simon and Hannah; five stepgrandchildren, John, T.J., Alexsis, Zachary and Ricky; six stepgreat-grandchildren, Megan, Bryce, Liam, Isabel, Jack and McKenzie; siblings, Violet Miller, Carl (Mary), Goshen and Ronald, Palmyra, Virginia; in-laws, Alice (Gary) Lehman, Goshen, Mary Diller, Harrisonburg, Virginia, Dale Gautsche, Archbold, Ohio, Alice Schmucker, Toledo, Ohio, Robert Ebersole, Goshen, and Eunice Gautsche, Goshen.
Tony was preceded in death by his first wife Charlotte; his parents, Moses W. and Mary S. Hurst; brothers Lawrence and Leonard; in-laws, Stan Miller, Linda Hurst, Richard Gautsche, Doris Ebersole, Delmar Gautsche, Leanna Gautsche, Allen Schmucker, Vic Diller and Donna Gautsche.
Visitation is scheduled for 1-5 p.m. Sunday, Feb. 17, at Yoder-Culp Funeral Home, Goshen. A private burial ceremony Monday morning at Violet Cemetery will be followed by a memorial service for family and friends at Yoder-Culp at 11 a.m.
In lieu of flowers, please send donations in Tony's name to www.shilohisraelchildren.org or www.american-friends-of-mitzpe-yeriho.org/current-projects/archaeology.html.
Condolences can be sent to www.yoderculpfuneralhome.com. The family would like to thank the doctors, nurses and caregivers at the Goshen Cancer Center, Goshen Health, and the Green House Village Strawberry Fields Home for their dedicated and compassionate care, and to family and friends for the prayers and words of love and support.
Published on February 15, 2019
To plant a tree in memory of Gerald "Tony" Hurst, please visit Tribute Store.

Plant a tree in memory
of Gerald "Tony"

A place to share condolences and memories.
The guestbook expires on May 16, 2019.

Restore this Guestbook to share a memory or message of condolence of your own.