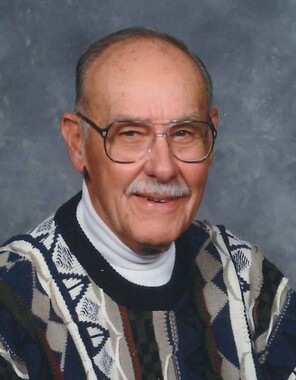 Back to George's story

George A. Bushong, 97, Syracuse, passed away at 7 p.m. Monday, Feb. 10, 2020, at Wellbrooke of South Bend, Indiana.
He was born Nov. 23, 1922, in Syracuse to Joseph R. and Olive M. (Geyer) Bushong.
He was a lifetime Syracuse-area resident and graduated in 1940 from Syracuse High School. He served in the United States Army Air Corps from Jan. 11, 1941, to June 30, 1945, and was in the Normandy Campaign.
On June 16, 1946, in Kansas City, Missouri, he married Mary Beth Stevens, who preceded him on Jan. 8, 1991.
He was the former owner/ operator of Bushong's Barber Shop, Syracuse, for 47 years. He was a member of St. Andrews United Methodist Church, Syracuse; Masonic Lodge, Milford; Scottish Rite, Fort Wayne; life member of both the VFW Post 1342 and American Legion Post 223, both in Syracuse; and Friends of the Library, Syracuse. He was a former member of the Moose Lodge, Elkhart.
He is survived by his daughter, Rosemary (Daniel) Bilicki, Naperville, Illinois; two sons, David (Becky) Bushong, Houston, Texas, and Richard (Rebecca) Bushong, Howey in the Hills, Florida; eight grandchildren; 16 great-grandchildren; one great-great-grandchild; and two brothers, Avon Bushong and Jon (Jenny) Bushong, both of Syracuse.
He was preceded by his parents, wife and daughter, Pamela Bushong.
A memorial service will be held at later date. Owen Family Funeral Home, 1001 S. Huntington St., Syracuse, is in charge of arrangements.
Memorial bequest may be given to the American Cancer Society, 130 Red Coach Dr, Mishawaka, IN 46545. Envelopes are available at the funeral home. To send condolences to the family in Mr. Bushong's memory, please visit www.owenfamilyfuneralhome.com.
Published on February 14, 2020
To send flowers to the family of George A. Bushong, please visit Tribute Store.

Send flowers
in memory of George

A place to share condolences and memories.
The guestbook expires on May 14, 2020.