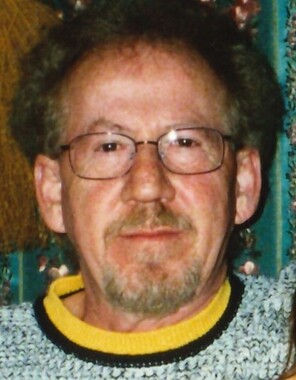 Back to Elmer's story

Elmer E. "Rocky" Miller, 71, Elkhart, died at 6:31 p.m. Sunday, Feb. 9, 2020, at his residence after a brief illness.
He was born Feb. 15, 1948, in Ligonier, to Elmer K. and Mattie (Miller) Miller.
On May 31, 2006, in New Philadelphia, Ohio, he married Edna Claudia "Eddy" Garner. She survives.
Survivors, in addition to his wife, are two sons, William (Toni) Hummel III, Elkhart, and Brandon (Jamie) Hummel, Lapaz, Texas; five daughters; numerous grandchildren; four brothers, Marv (Sally) Miller, Elkhart, Al Miller, Canyon Lake, Texas, O.J. (Mary) Miller, Goshen, and Perry (Hazel) Miller, LaGrange; and sister, Nancy (Milo) Mast, Goshen.
He was preceded in death by his parents and a brother, Chris LeRoy Miller.
Rocky was known as a great thinker who was the vice president of three businesses, Ohio Light Truck Parts, Ohio Dundee Automotive and Dundee Cattle Company. He also worked for many years at Intertek Distribution, retiring in 2019. He was an auxiliary member of the VFW Post 88, Elkhart. Rocky was passionate about hot rod cars and had owned more than 400 cars, restoring several of them.
Visitation will be from 3-7 p.m. Thursday, Feb. 13, and one hour prior to the 10 a.m. funeral service on Friday, Feb. 14, at Miller-Stewart Funeral Home, Middlebury. Services will be conducted by Pastor Burl Shaver III. Burial will be in Miller Cemetery, Goshen. Memorials may be given to Center for Hospice Care. Online condolences may be offered at millerstewartfuneralhome.com.
Published on February 11, 2020
To send flowers to the family of Elmer E. Miller, please visit Tribute Store.

Send flowers
in memory of Elmer

A place to share condolences and memories.
The guestbook expires on May 11, 2020.