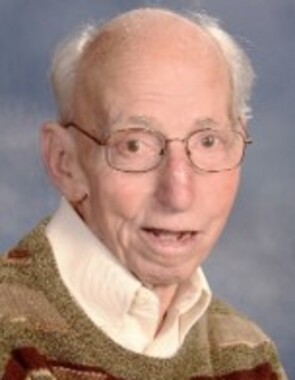 Back to Eli's story

Eli Miller, 85, passed away Wednesday morning Feb. 5, 2020, at home.
He was born Sept. 23, 1934, to Jake and Polly (Helmuth) Miller in Arthur, Illinois.
On Aug 8, 1971, he married Mary Sue Yoder of Garden City, Missouri, in Goshen.
Surviving him are his wife, Mary Sue; a son, K. Erich (Kristine Sensenig) Miller, Goshen; a daughter, Danielle Miller (Hugo Saucedo); and two grandchildren, Gabriel and Isla Miller Saucedo, all of San Antonio, Texas; two sisters, Mary Miller (Lisa Dimondstein) and Alma Bontrager; four brothers, Chris (Lola), Orie, Emery (Mary Alice) and Paul (Sherry); one sister-in-law, Helen Miller; and one brother-in-law, Floyd Hershberger.
Preceding him in death are his parents; sister, Barbara Hershberger; brothers, Henry, Daniel and John; and sisters-in-law, Anna and Mildred.
Eli spent his early years in Arthur, Illinois, and, in 1948, at the age of 13, he moved to the Goshen area. In 1957, he completed high school while in 1-W service at Iowa Mennonite High School. He went on to earn his bachelor's degree in education from the University of Iowa in 1961 and received an M.A. in German from Indiana University in 1968. He spent four months of intensive language study in Germany at the Goethe Institute.
Eli began his teaching career in a one-room school in Wayland, Iowa, in 1959 while still in college. After moving back to Indiana in 1961, he was hired to teach fourth grade at Union Center School, where he served for five years. Upon receiving his master's degree, he accepted a position in the newly-formed Fairfield school district, where he taught English and German, spending the 1971-72 school year in Kollnau, Germany, with the Fulbright teacher exchange program. He retired from teaching in 1996.
Eli loved plants of all kinds and spent more than 40 years landscaping and doing landscape maintenance, first at Keim's nursery and later independently during the summer months.
His love of nature extended beyond summer work: raising a small herd of beef cattle and chickens for friends and family, transplanting wild white trillium into the small woods that lined his property, waking his children to view a meteor shower, watching the birds at the feeders he put out every winter and nurturing the land to produce a large variety of fruits, vegetables and flowers.
Eli also had a deeply creative side, dabbling in drawing and design and gleaning from his abundant flower beds to produce beautiful arrangements. While he drew much of his inspiration from the natural word, his creativity, on occasion, extended into the realm of food. He is lovingly known by his family as the inventor of the zucchini bread ice cream sandwich.
Eli's life reflected a deep interest in other people and cultures. He took the time to talk and listen to individuals from all over the world. Together his family hosted seven exchange students from Brazil, Germany, France and Japan. He believed in the transformative power of international travel and led multiple groups of high school students to Germany, as well as traveling much of the world himself.
Eli served as church treasurer and secretary, a mentor for youth and Sunday school teacher at Holdeman Mennonite Church, where he was a member for 46 years. He was diagnosed with a form of Parkinson's Disease in 2007 and was active in the local Parkinson's support community.
Throughout his life, Eli's investment in his 10 siblings and their families remained a constant. Welcoming the children of multiple generations onto the farm, supporting their endeavors and offering a curious and listening ear has left an imprint on many lives.
Visitation will take place from 3-7 p.m. Saturday, Feb. 15, at Holdeman Mennonite Church, 65723 C.R. 1, Wakarusa, Indiana. The memorial service will take place at 3 p.m. Sunday, Feb. 16, also at Holdeman. Eli chose to donate his body to medical research, and his ashes will be interred at a later date.
Donations in his memory may be made to the Mennonite Central Committee or the Elkhart County Clubhouse, 114 S. 5th St., Goshen, IN 46528.
Online condolences may be shared at www.yoderculpfuneralhome.com.
Published on February 11, 2020
To send flowers to the family of Eli Miller, please visit Tribute Store.

Send flowers
in memory of Eli

A place to share condolences and memories.
The guestbook expires on May 11, 2020.

I remember that most of the times that I went to small group, he was always there sitting at the table with us. I didn't really talk to him, but I still acknowledged that he was there with us. Fly high, Eli.