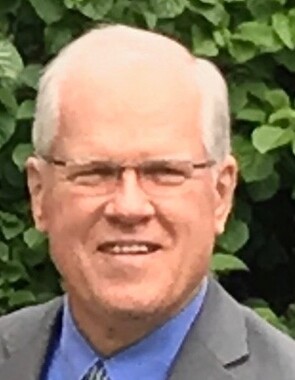 Back to Dr. Daniel's story

Dr. Daniel Walter Schneider went home to be with his Lord and Savior Jesus Christ on Jan. 11, 2020.
He was born in Utica, New York, on Oct. 6, 1936.
He grew up in Gross Pointe, Michigan, and Mount Dora, Florida, where he graduated from Mount Dora High School. He attended Stetson University and graduated from Baylor University in Waco, Texas. He went on to become a Doctor of Chiropractic, graduating from National University in Lombard, Illinois.
He married Aletta Bell Brandt Dec. 27, 1958. They moved to Nappanee, Indiana, and established Schneider Clinic, which is where he practiced until 1983 when he moved to Elkhart, Indiana. He practiced chiropractic for 58 years with a decade of time in Columbus, Ohio. He retired in 2017 in Elkhart.
He is survived by his wife of 62 years, Aletta Schneider; his brother, Dr. Herbert Schneider, Middlebury, Indiana; his son, Dr. Mark (Pam) Schneider, Elkhart, Indiana; his daughter, Ginger (Brad) Gibson, Columbus, Ohio; grandchildren, Nicholas Schneider, Bethany Gibson Fowler, Daniel Gibson, Michael Gibson, Alexandra Schneider Snyder, Amy Gibson Carpenter, and Austin Schneider; and great-grandchildren, Henry Schneider, Charles Schneider, Charlie Fowler and Madeline Schneider.
He loved being a chiropractor and loved the patients he treated for 58 years. He loved Jesus. He loved his wife, "Sunshine." He loved spending time with his children and grandchildren. He loved memorizing scripture and listening to Chuck Swindoll. His favorite activity was spending time at his farm with his family, where he planted fields of trees that have matured to testify to the decades of family time spent there.
Visitation hours are from 4-6 p.m. Tuesday, Jan. 21, at Hartzler-Gutermuth-Inman Funeral Home, 403 W. Franklin St., Elkhart, IN 46516. A private family memorial service will be at a later date.
In lieu of Flowers, donations can be made to River Oaks Community Church, 58020 C.R. 115, Goshen, IN 46528.
To leave online condolences, visit the funeral home website.
Published on January 17, 2020
To plant a tree in memory of Dr. Daniel Walter Schneider, please visit Tribute Store.

Plant a tree in memory
of Dr. Daniel