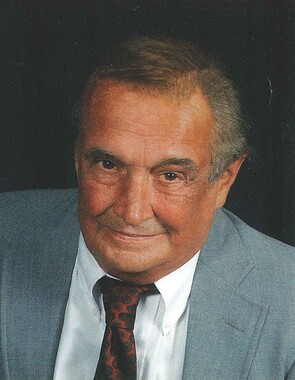 Back to David's story

David H. Johnson, 77, Goshen, passed away at 7:54 p.m. Thursday, Jan. 9, at his residence.
He was born July 24, 1942, in Burlington, Iowa, to Nels Howard and Elizabeth (Haan) Johnson.
David graduated from Cheshire Academy, Cheshire, Connecticut, in 1962. He lived in Parkridge, Illinois, his whole life until he moved to Elkhart in 1975.
David married Peggy R. Murphy June 10, 1999, in Portland, Oregon.
David was the owner of Commercial Structures, Nappanee. He was a member of the Sons of American Legion Post 424, Bourbon, and DAV Post #15 Auxiliary, Goshen. David had a passion for reading military history and antique cars.
He is survived by his wife, Peggy Johnson, Goshen; children, Eric (Barb) Johnson, Culver, Laura Johnson, San Francisco, California, Jennifer Johnson, Elkhart; Peggy's children, Wendy (Ryan) Briscoe and Ben (Stephanie) Murphy, both of Goshen, and son, Jack Lawrence, Nappanee; 13 grandchildren; sisters, Judy (Jeff) Benning, Cedar Rapids, Iowa, Lisa (Peter) Aceto, Kenosha, Wisconsin; and a brother, Michael (Marcy) Johnson, Murray, Kentucky.
He was preceded in death by his brother, James Johnson; and an ex-wife, Cynthia Johnson.
Family and friends may call from 4-8 p.m. Tuesday, Jan. 14, at Thompson-Lengacher & Yoder Funeral Home, Nappanee. Funeral service will begin at 10:30 a.m. Wednesday, Jan. 15, also at the funeral home. Burial will be in Southwest Cemetery.
Memorial contributions may be given to Nappanee American Legion.
Published on January 11, 2020
To send flowers to the family of David H. Johnson, please visit Tribute Store.

Send flowers
in memory of David

A place to share condolences and memories.
The guestbook expires on April 10, 2020.

Tender Tribute was purchased for the family of David H. Johnson.  Send flowers

Rays of Light Spray was purchased for the family of David H. Johnson by Mark Seltenright and the Mart's Trucking Family.  Send flowers

Lance & Jan Thibodeau
So sorry to hear about your father. He we be missed by many. Prayers go out to the family thru this hard time.
View all